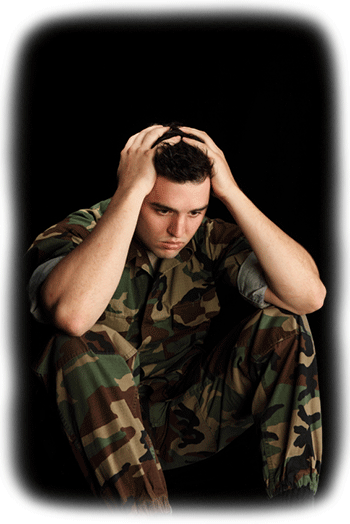 Post Traumatic Stress Disorder or Syndrome (PTSD/PTSS) is a condition that can develop following a terrifying event.

Often, individuals with Post-Traumatic Stress Disorder have persistent thoughts and memories of this event which can manifest physically in unwanted behaviour patterns such as alcohol or drug abuse, OCD or eating disorders or can result in repeated panic attacks or other physical symptoms or ailments and often results in depression.

Post-Traumatic Stress Disorder is often associated with traumatised military personnel, but is much more common than many people realise.  PTSD can result from a number of traumatic incidents such as violent attacks, mugging, rape, torture, terrorism, being held captive, child abuse, serious accidents, a major fearful experience, and natural disasters.  The trigger event can be something that threatened (real or imagined) the person’s life or the life of someone very close to them, or it could be something they had witnessed, such as a death and destruction from a plane crash, bombing or building devastation.

Some individuals with Post-Traumatic Stress Disorder repeatedly relive their trauma through dreams, nightmares, and disturbing memories throughout the day. They may also experience sleep problems, feel alienated from reality, or easily startled. Other behaviours they may experience include the inability to show affection; have difficulty maintaining an interest in things they used to enjoy; or they may feel irritable, more aggressive, and even violent.

Memories of the trauma can be very distressing for them, and can lead them to avoid certain places or situations that bring back those memories. Anniversaries of the event are often difficult as well.

Post-Traumatic Stress Disorder affects approximately 6% of the population, and women are more likely than men to develop this condition. It can occur at anytime, including childhood.

At Old Town Hypnotherapy we use specific clinical therapeutic techniques to diffuse the connection between a specific event and the flight/fight response and techniques for reducing general anxiety so you can start to look to the future in a positive way to rebuild your life.