How to Set Your Boundaries With People 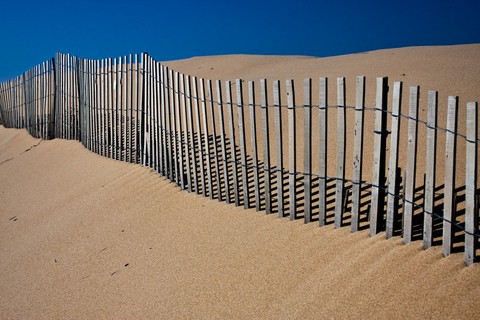 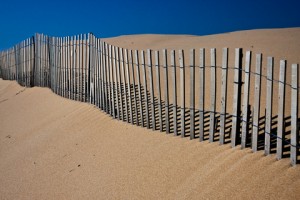 How you set your boundaries with people will determine how they behave towards you.  Do you feel taken advantage of?

Not only nearest and dearest, friends, relatives and work colleagues, but your employer and even the neighbours can be a source of stress and anxiety, but could you be the instigator of that anxiety without realising?  Setting or resurrecting your boundaries with people will reduce YOUR stress and anxiety and of course, it is all about you!.

A little story about a friend of mine:-

Many years ago a close friend went to Uni as a mature student and she met a girl there, who became a mate and started popping in for coffee now and then.  My friend’s house was on this new mate’s way to work, so before long, she started calling in for breakfast which became a daily event!  Now, my friend is a lovely person, you cannot not like her, she’s always happy, friendly and makes time for people, but unbeknown to this new mate, turning up for breakfast ever day became a source of stress and anxiety for her.  At the time my friend had a young family and actually breakfast time was as hectic as in any household trying to get one child to school with a three year old running around, you can image the scene, so having someone she didn’t know very well adding herself into the mix just caused stress.  But this new mate had no idea of the anxiety it was causing, when she arrived she was always met with a cheery smile and an offer of a cup of tea.  My friend started getting up half an hour earlier, it caused arguments with her husband who would say ‘just tell her to not come’, the kids picked up on the stress and acted up and the morning routing quickly deteriorated, completely revolveding around the new mate coming for breakfast – who had no idea it was a problem.

So who was at fault here?

But this is where we can step back and look at how everyone has a different upbringing, different life experiences, belief systems and completely different rules by which they live.   The point being that we cannot second guess someone else’s belief systems, we cannot pontificate that they ‘should know its not right to turn up for breakfast’ – that is judging someone else by our own belief systems.  In their world or when they grew up, it might have been a perfectly normal, happy and social time of the day, their household could have been full of breakfast time visitors.

There is no right or wrong answer to whose fault it was, so why try and attribute blame, that’s just handing responsibility to someone else for your feelings – which actually doesn’t make much rational sense does it?  It’s also a question based on what should have been changed about the past – you can’t change the past, yes, you can use the experience to not get into the same situations again, but quite often dwelling on what was wrong and why just makes you feel even worse.

A better question would be future orientated, how to use that experience and set the future on a different path such as:-

‘Who can change that situation?’

Not the new mate, clearly – she was completely oblivious and it didn’t affect her.  But it did affect my friend and her family, it was causing her stress and anxiety, not just at breakfast time, but during the evening before she would be thinking about that mate coming in the morning and how it was going to be stressful, how her husband would be making it obvious he disapproved with open comments and hints for this mate to pick up on, my friend became piggy in the middle trying to keep everyone happy.  Imaging in her mind how next morning would play out caused a build up of stress and she wouldn’t sleep well, so the next morning she was tired – and on it went….

I wonder if the mate would rather know it was inconvenient and be more upset herself continuing to cause stress to someone she obviously liked.

Similar scenarios are very common, one person feeling taken advantage of or feeling as if someone else is out of order or overstepping boundaries – but how does that person know?  People rarely deliberately take advantage knowing that someone else is upset or stressed by their behaviour.  But by giving in, or not saying anything, you are inadvertently teaching that person it’s OK, that it is acceptable and you encourage the behaviour.

People are actually OK with you saying ‘NO’.

It can be said nicely and put in a tactful way, but do you know what? – it’s easier to hear ‘NO’ than it is to say ‘NO’.

My friend did eventually find a way of saying ‘no’.  She said to this new mate “I’ve had a thought, why don’t we go out of coffee on Saturday or we could go into town after college on Thursday, mornings aren’t good, it’s chaos around here and I never get time to chat”

The new mate happily went off with plans for the weekend and everyone lived happily ever after.

Setting acceptable boundaries extends into every area of your life, your personal relationships and work – especially work.

If you are resenting something or someone for taking too much time out of your life, it is up to YOU to do something about it and put some boundaries down.  The other people will accept it, they will adjust, the problem with not doing anything IS WITH YOU.  You may have to practice keeping those boundaries and people may push back on occasion because it’s not what you’ve taught them previously and they might be subconsciously confused momentarily, but when you set the boundaries and refuse to get involved with their drama about it, then they will accept it.  It is up to the other person to make the adjustments, and they will and they will respect you more for it.

If you are finding it difficult setting boundaries, please feel free to click on the pic of the CD below and download the free Boundaries hypnotherapy MP3 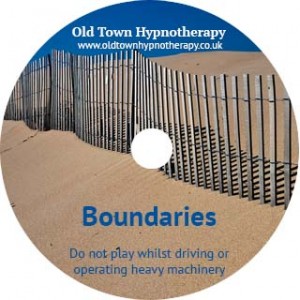