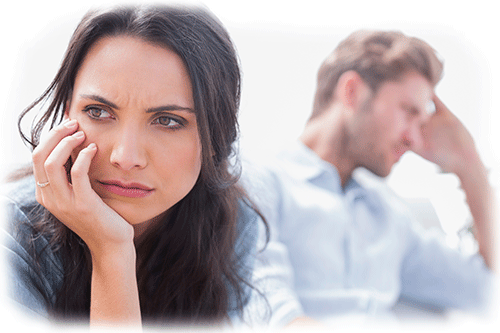 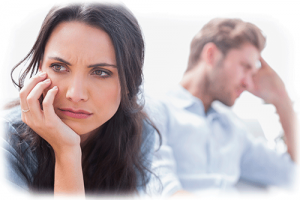 How do you know if you’ve got anxiety and how does it manifest itself.

There are technical medical explanations, Wikipedia explains anxiety as an unpleasant state of inner turmoil, and the Oxford English dictionary defines it as uneasiness or trouble of mind about some uncertain event; solicitude, concern. But we’re going to have a look at anxiety from how our brain views it and some of the natural neurological mechanics of being anxious.

Anxiety isn’t just about worrying, but worrying does cause anxiety. People who have anxiety do worry, but there’s a lot more to it than that. If you’ve ever had anxiety, I’m sure you’ve also had well meaning people tell you to ‘stop worrying’ or ‘just don’t worry about it’, but you can’t. You know you can’t change anything by worrying, but it goes on in your head anyway- ALL THE TIME!

I’ve had many clients come to see me for anxiety and when explaining, at the initial consultation, what they would like help with, they often explain their anxiety away by saying something along the lines of “but everyone worries don’t they” – well, no, they don’t! People without anxiety don’t worry all the time and you don’t have to either.

It is triggered by part of our brain which hasn’t caught up with our modern lives. We have been modern humans, Homo Sapiens Sapiens, for half a million years and for four hundred and ninety thousand years of that were hunter gatherers, living in small tribal groups, following our food as it migrated, that’s how we ended up populating the world. It was only about ten thousand years ago that we started settling down to form communities and in that ten thousand years, we have evolved and an extraordinary rate which is still accelerating. But our brains are still programmed for the ancient hunter gatherer, living in the wilderness under constant threat and danger from wild animals, other wild tribesmen (or women), the elements and their environment, basically striving to survive on a daily basis at constant risk.

I heard a lovely explanation recently which really resonated with me having grown up in the computer industry before I became a hypnotherapist and it’s this:- As we have evolved our brain has grown and developed ‘on top of’ the previous brain. First came our reptilian brain, the part at the top of the spinal column which regulates our most basic systems; temperature, heart rate, breathing and balance, then as we developed into mammals and our primitive brain or limbic system evolved; this is primarily concerned with survival, and includes our fight/flight/freeze responses to danger. Then we became modern man/woman as we evolved our intellectual brain, the part which really set us head and shoulders above other animals and made us so successful as a species. Now, the problem is, unlike computers, we can’t go back and update the software of our previous brains, we can’t just download the latest update appropriate for modern life, add a new plug in or widget which knows how to respond correctly in modern circumstances, it still works in exactly the same way it was designed to and this is at the heart of many anxiety issues today.

The symptoms you are likely to develop will be determined by your personality type, your archetype, which we will explore in future blogs, but for everyone, once this primitive brain, think that your life is in some sort of crisis, emergency or danger and your fight/flight response kicks in, it will react with physiological changes in your body which prepare the body and mind for fight or flight and put your brain on hyper alter looking our for more danger imagining what might or might not happen and, in turn, creating more anxiety. The first physiological change is to produce stress hormones, adrenalin and cortisol. Adrenalin we feel very clearly in our stomachs quite often, described as ‘butterflies’ or nausea. Our heart rate increases and our breathing quickens pumping extra oxygen into our blood stream, our brain becomes alert and our muscles tense, especially our major muscle groups in our neck, shoulders, legs, back.

Short bursts in response to danger, it appropriate, it’s what keeps you alive and safe, but over prolonged periods of time, the body and mind cannot cope with this perceived exposure to danger and the threat builds up even more and for many people this manifests itself in panic attacks, physical illnesses such as ME, MS, IBS, Fibromyalgia, psoriasis, eczema, headaches, migraines amongst other things or issues such as OCD, eating disorders, increased consumption of alcohol or drugs.

Psychologically, when we have anxiety, the brain will start imagining the worst possible scenario, it obsesses about things, it will keep being reminded about the problems in our lives and will use our imagination to hallucinate about perceived outcomes or commonly what other people are doing or thinkings, which we couldn’t possibly know, but we believe it. These things we are imagining, the negative forecasting and the negative introspecting about the past are what is converted to anxiety and stored up until it get to a point that our brain thinks there is a danger and we’re back to square one focussing on the problems and imagining possible negative outcomes.

Learning how to reduce your own anxiety is a skill that you can practice, the first step is, however, to take responsibility for the way your are thinking, becoming aware of negative thought patterns and recognising that these are what cause the anxiety. Once we acknowledge our own part in it, we can then start to change how we are thinking and focussing on more positive thought, realising that there is no point in focusing on the negative, it’s not going to change anything, just creates more anxiety.

If you want to learn how to control your mind and reduce your anxiety, solution focused hypnotherapy is an effective treatment for anxiety.