How to Channel Your Anger Positively 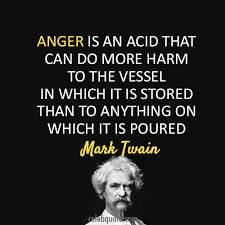 Anger is a negative emotion, but you can learn how to channel your anger into positive solutions.

What does anger achieve – honestly

All negative and useless unless chasing things to fight them is your thing, but lets face it, none of them are particularly positive or helpful in our modern lives and hanging on to anger can become a destructive force in your life, especially where that anger is directed at other people or at things outside your control.

Being angry at other drivers on your way to work, for example, or angry because your train has been delayed causing you to be late for an appointment or miss a connection doesn’t achieve anything except cause you stress and anxiety which, in turn, leads to more anger, stress and anxiety.

What’s more, the part of your brain taking control when you’re angry is the primitive part useful for survival and fighting things, but it is not your intellect and is not the best part of your brain to work out what to do about whatever has made you angry, it just fixates on being angry.

Now, that’s not to say you are not allowed to feel emotion or feel anger, but it is how you deal with that emotion or what you decide to do subsequently that has a negative or positive impact on your life and the lives of the people around you.

Just being angry has no positive use or outcome at all, but learn to channel the anger into positive action and you can become sharp, focused and effective in dealing with issues in your life.

Anger is the negative form of positive passion, they are very closely linked, the difference between the two is your own thought patterns.

The strong negative emotion is Anger

The equivalent positive emotion is Passion

Think of a time in your life when you were really passionate about something – maybe it was something you were learning to do that captured your interest and imagination, perhaps it was a cause or a new interest or even a new relationship or a new job. As you bring that into your mind, can you remember the energy you had, the drive and all that positive intent? Where did that come from? It came from your positive attitude and positive thinking towards whatever it was that had captured your interest. When you feel positive towards something it isn’t difficult to find the energy to take action.

Anger also creates energy, but negative energy because it comes from negative thinking and that negative energy if not directed towards something external is gets stored internally in your stress bucket.

Your intellect knows whether the thing you are angry at is important and something needs to be done about it or actually, it is something that has nothing to do with you and you can let it go, so the first step in channeling your anger into something positive is to get back onto your intellectual part of your mind.

Positive Activity – Go and do something which will burn off the adrenalin you’ve created being angry.   It can be something as simple as going for a walk around the block or perhaps a run or cycling, boxing or anything energetic to burn off that negative energy instead of storing it.

Positive Interaction – Be with people, not necessarily having a rant about whatever it is that’s made your angry, although that can help – my advice is to be choosy who you rant to – someone who is going to join in with your anger and rant, however well intentioned, isn’t going to be helpful, but having a rant to someone you know is level headed and will just listen and let you get your rant out the way without adding fuel to the fire can help.

Positive Thinking – Intentionally and consciously look for the positive spin on the situation, find the silver cloud or even more effective is to not think about it at all, focus your mind on the positive things in your life, the things which make you happy, things you are looking forward to or look back over your past week and pick out as many positive things as you can – at least 20 of them, however small they were, it doesn’t matter, just make the list as long as you possibly can.

The accumulative effective of consciously doing positive activity, interaction and thinking is that you will burn off the adrenalin and start creating serotonin and dopamine, the positive neurotransmitters which will put you back on the intellectual part of your brain.

Your intellect will come up with the answers of what to do or let it go, based on a proper assessment of the situation and it is usually positive.

Metaphoric ‘mountains’ have been moved in this world, monumental changes have occurred and I’m sure in your own life as well but not as a result of anger, but by positive action. Anger may be initiated the thoughts, but channeling it into positive action caused the positive results.