What Is The Opposite of Anxiety?

For someone who specialises in helping people with anxiety you would think that I would know the answer to the question ‘What is the opposite of anxiety?

I had to ponder this question for some time before realising I didn’t have a definitive answer.

Then I thought about my other specialist subject, depression, and it occurred to me that this doesn’t have a definitive opposite either but is better summed up with expressions such as happy, motivated, in control, engaged with life, living in the moment and excited, which are all challenging states of being for someone who has depression.

So, as anyone would these days I asked Google.

It was interesting that one of the sites I looked at said “a variety of words whose meaning is nearly the opposite of anxiety.” • apathy• assurance• calmness• carelessness• confidence• ease• light-heartedness• nonchalance• satisfaction• tranquillity‘ are nearly’ the opposite, but not exactly, so the question remained of what is the opposite of anxiety. Surprisingly I found many articles addressing the same question, it seems I’m not the only one trying to figure this out.

From the list above ‘confidence’ is the closest to a definition that resonates with me, but I would like to share with you the concluding paragraph of one of the blog posts I read which said

“The opposite of anxiety is trust: trust in our core strengths, trust in our resilience, trust in the process, and trust even in the discomfort of our anxious emotions to deliver important messages.”

Another definition that was popular was

“The opposite of anxiety is mindfulness”

Personally I think it’s more accurate to describe mindfulness as an antidote to anxiety.

When in clinic, seeing a client for the first time we have a standard set of exploratory questions to establish if we can help and how. The first question is always “How can I help?” (To be expected perhaps!) To which we usually learn the nature of the problem such as ‘I have anxiety’ or along the lines of ‘I’ve been diagnosed with General Anxiety Disorder’.  Then to deepen our understanding of exactly what form their anxiety takes and to discover what the client would like to achieve or change, our follow up question is “If hypnotherapy was to help with your anxiety, how would that show”, in other words, what would be different? ”Are the answers to this question more revealing in uncovering the opposite of anxiety?

Sometimes people would ponder that question, but often they would know immediately what they want to change

“I wouldn’t have panic attacks’‘

“I would be able to take my children to school”

“I would feel in control”

“I wouldn’t be avoiding everything”

I came to the conclusion that anxiety and depression are both concepts, words that encompass a much more detailed description which incorporates individual variations and differences within the understanding of the term.

If this is the case, then perhaps the opposite of a concept is also an a concept with individual differences and so there isn’t a definitive opposite that everyone with anxiety is looking to achieve.

I had to conclude that there is not right or wrong answer to the opposite of anxiety, just whatever it means to you.

I would be very interested to know that the opposite of anxiety is to you or if you can do any better in coming up with a definition, please do leave your ideas below. 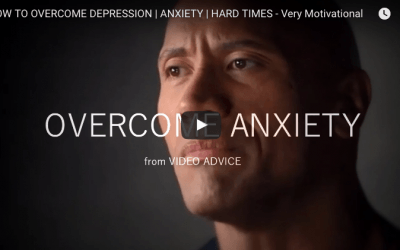 Watch my top five videos on overcoming anxiety and depression that made me cry when I was watching them. You can do this, you can overcome depression and anxiety – get the attitude, get determined and get better. 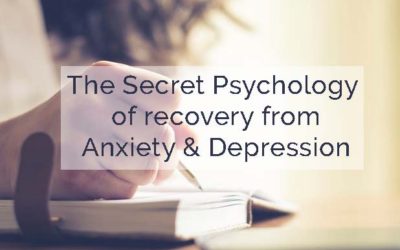 The secret psychology of recovering from Anxiety and Depression

For years we’ve been trained to mentally exam what is wrong, when is it at it’s worst, how bad are things, what are all your painful (emotional or physical) symptoms. Where that is necessary to help the doctor diagnose and prescribe medication, it is not necessary to aid recovery from anxiety and/or depression. 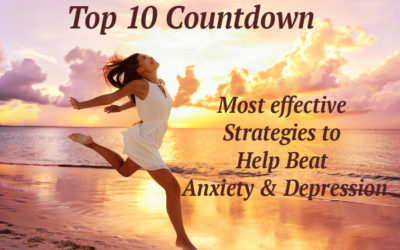 If you have anxiety and/or depression you will know how irritating it is when someone just tells you to ‘think more positively’. What you need are practical things you can do and strategies that will relieve the symptoms and actually help. Here is a top 10 countdown of the most useful things you can do. 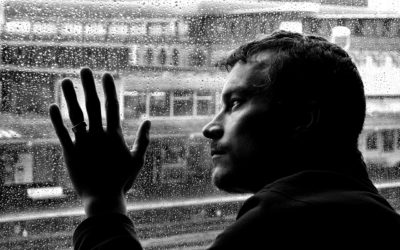 5 Ways To Fight Depression Without Drugs 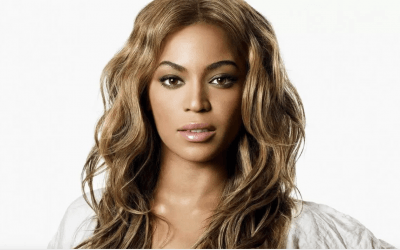 You’ve got the same amount of time as Beyonce

You've Got The Same Amount Of Time As Beyoncé Author - Emma Triplett When you know you should be doing something that is good for one of the easiest and most convenient excuses not to is ‘I haven’t got time’ I know I’m guilty of using it on a multitude of... 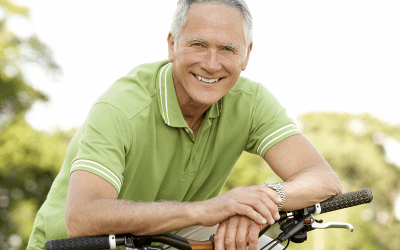 The Secret Ingredient of Happiness

So many questions surround how to obtain ‘happiness’ it’s no wonder the state of being we call ‘happy’ remains elusive for some, but happy is something everyone can become regardless of the events or circumstances in you life, past, present or future when you understand this one secret ingredient and how to produce it.