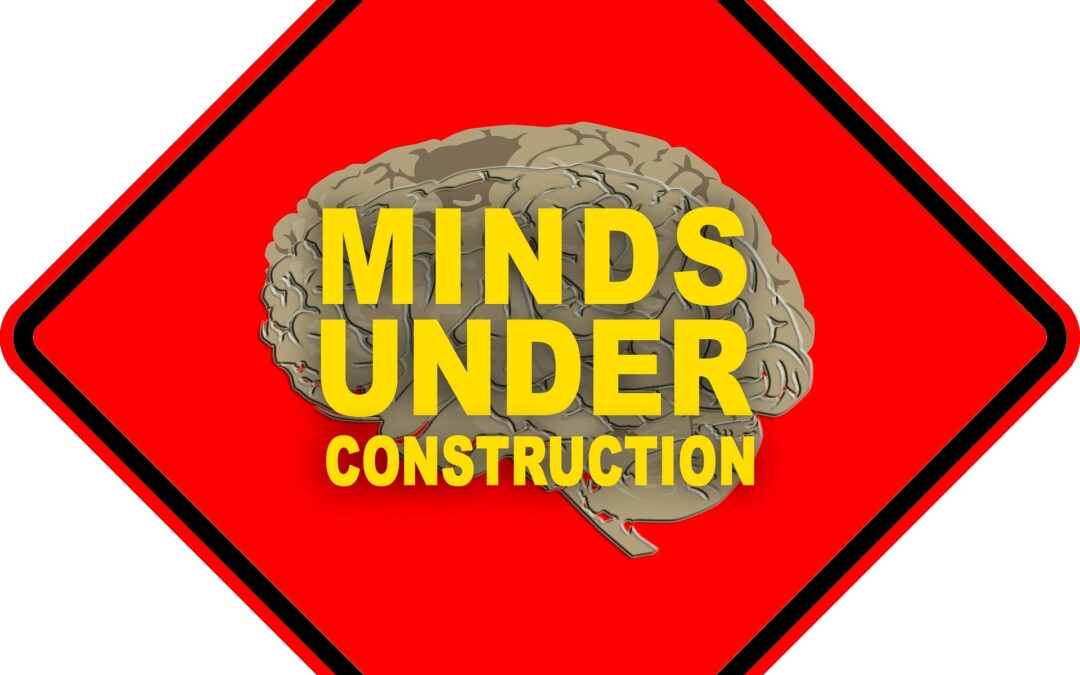 Increasingly in clinic we have concerned parents booking their teenage children in for treatment. A teenage brain, aged 13-17 years, is quite different to a fully developed adult brain and we must adapt our clinical approach accordingly. Dramatic changes in the teenage brain, along with the physical, emotional, and social changes young people are likely to be facing during this stage in their lives, results in a vulnerability for mental health disorders. The National Institute of Mental Health has said that almost a third of adolescents have had a form of anxiety disorder.

We have been learning more and more about brain development during the teenage years and I am going to explain 3 differences a teenage brain has compared to an adult brain and follow it up in our next blog with 3 ways you can support your child through these years.

As you are probably fully aware, the brain of a young child grows at an exponential rate, up until they reach about 6 years old. At around 6 years old a child’s brain is roughly 90-95% the size of an adult brain but it is not ready to function like an adult brain. It has been busy soaking up and learning anything and everything in the world around it. It now enters a phase of remodelling and pruning, where instead of generalised learning about the whole world, it begins to specialise, and passions emerge. This accelerates intensively during adolescence and doesn’t stop until the child reaches their mid 20’s. The teen brain advantage is its level of plasticity, which means it is primed to change, adapt, and respond to its environment. They can learn and memorise things very quickly and this heightened learning is a huge opportunity. Given the right conditions they can achieve spectacular things that can alter their future paths by developing lifelong interests and skills. But for the teen and their adult carers, this constantly changing brain can be confusing to keep up with, we often talk about ‘growing pains’ as the body physically grows but there is also this period of ‘neural growing pains’ as the brain rapidly changes.

It doesn’t matter how well a teen may be performing academically, how high their IQ levels or how many sporting trophies they have accumulated, good judgement is not one of their strengths, not yet. We know that very intelligent teens will do very silly things in a very impulsive way and will be unable to explain why they did it. The connections in their rational, logical pre-frontal cortex are not fully develop until around 25 years. The pre-frontal cortex in one of the brain’s last regions to reach maturity but it is pivotal to thinking ahead, analysing risks, weighing up long term consequences and planning. A teen brain, with its half-built pre-frontal cortex connections often bypasses this thorough analytical thought process and defaults to the amygdala to help navigate life. The amygdala is the often referred to as our primitive, emotional part of the brain. It detects threats and keep us alive by activating our instinctual flight (anxiety), fight (anger), or freeze (low mood) responses. It does an excellent job at this by being impulsive, but it is much less equipped to make good decisions about daily life.  Adults use their pre-frontal cortex to chaperone the amygdala, so they have a safety net around impulsive behaviour, such as aggression or emotional outbursts. A teenage brain has a pre-frontal cortex, it just isn’t up to speed yet, so they can struggle to control their emotions or use their judgement to recognise when they should stop. Without a fully functional pre frontal cortex teens may understand something is dangerous, but engage in the risky behaviour anyway. Here is an example:

If you asked a teenager a hypothetical question, such as would they get into a car if the driver was drunk, they would likely say no. Their slow pre-frontal cortex has the time to develop the correct response when they are in a calm environment.  When out with their mates is a heightened emotional and excitable state their more developed amegela (which rewards risky behaviour and encourages impulsiveness) may get there first.

Taking risks during adolescence is normal and necessary. They are learning about themselves, their capabilities and vulnerabilities. When an adult asks a teen, ‘what an earth were you thinking?’ The answer is probably absolutely nothing, they were feeling.

We all know that teens are notoriously difficult to get out of bed in the morning. From puberty there are significant shifts in a teens’ circadian rhythm, our bodies internal clock, and a teen becomes reprogrammed completely out of sync with the world they live in. On average a teens circadian clock is three to four hours later than the average adult, so they genuinely do not become tired until nearer midnight. The shift is driven by a change in melatonin secretions (the bodies sleepy neurotransmitter). However, their fast-growing brains still need 9-10 hours of sleep a night.   This is really quite a problem. Not only are these children functioning with a brain that is still under construction, but they are seriously sleep deprived too. This chronic sleep deprivation is not helping them think clearly about anything – we all know how difficult it is to remain rational when we are tired, and these kids are meant to be learning – a process that is chemically impaired in a sleep deprived state. Research, published in Frontiers in Human Neuroscience today (8 December 2017), found that student absence due to illnesses dropped by over 50 percent with a 10am school start. One of the arguments against rolling out a 10am start for teens is they can’t promise they’ll use it for sleeping. With their biologically impaired reasoning and impulsiveness, they might just spend an extra hour gaming before bed.

So, there we have it. Teens are busy remodelling and building their brains while sleep deprived, and the part of their brains that is fully formed encourages all the wrong things. Mood swings and impulsiveness indicate completely normal brain development.

In the next post I will describe 3 things we can do to support our teens (and their carers) through this challenging period.